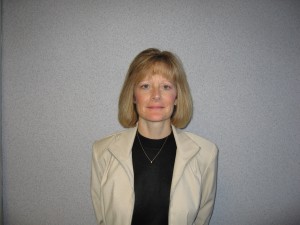 Carol Lamb, associate professor of civil and construction engineering technology, teaches structural analysis and design, as well as construction and project management. She is also currently the faculty advisor for the Society of Women Engineers (SWE) and the secretary for the Academic Senate.

Carol began her journey as an engineer at YSU in Civil Engineering Technology. After her bachelors, she earned her masters degree in Engineering Management. Carol is now pursuing her PhD in management with a focus in engineering.

Carol started working at YSU because of the encouragement of her professors, in the fall of 2005. Previously, she worked as an assistant bridge engineer with the Trumbull County Engineersâ€™ Office.

Carol hopes to pass on encouragement and knowledge to her students just as her professors did for her. She enjoys having the class time to interact with her students. END_OF_DOCUMENT_TOKEN_TO_BE_REPLACED

The teams that placed in the competition were The Ohio State University, University of Cincinnati, and Ohio Northern.