For Doug Genna, a new assistant professor of organic chemistry, the love of chemistry 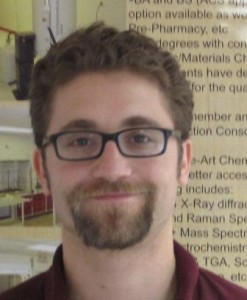 Doug started out as a biology major, but quickly realized that that wasn’t where he wanted to be. In order to fulfill the requirements for his major, he had to take a year of general chemistry and a year of organic chemistry before entering his biology classes.

“When I was taking organic [chemistry], I really started to enjoy it,” Doug said. “When you actually get into [organic chemistry], it’s actually a lot of reasoning and logic problems, and once you understand a certain set of rules you can reason through anything, even if you haven’t seen it before, and that’s really what I like about the most: the problem solving.”

­One of the things he said he loves about YSU the most is the mixture of teaching and research.

“It’s not like a big research university where there’s so much stress on doing research — although I love doing it — the pressure to produce is so ridiculous. Here, it’s much more low pressure and [you get to] research what you want and engage the students,” Doug said.

For his research, Doug is working on making metal organic frameworks, which he described as a hybrid of an inorganic metal and organic materials that polymerize to make three-dimensional, cage-like structures. The focus point of his research is to figure out how those structures are made, since the structure’s synthesis is not understood. Along with the creation of the structures, Doug is also attempting to do different chemical reactions inside the cages.

Another thing Doug said he loved about YSU is that the chemistry program is comparable to larger research institutions.

“We have a very good chemistry program. Not even just for a small school. We have really state-of-the-art instrumentation. For students who are doing student research they get a lot of hands-on experience with using state-of-the-art equipment that some big schools don’t even have,” he said.

Doug said he has good relationships with his students, which is something that was difficult to achieve when he was at larger institutions.

“That’s been the fun thing about teaching this semester. I have scheduled office hours, but students come in all the time, and working with students has really been fun,” he said. 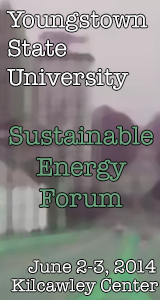