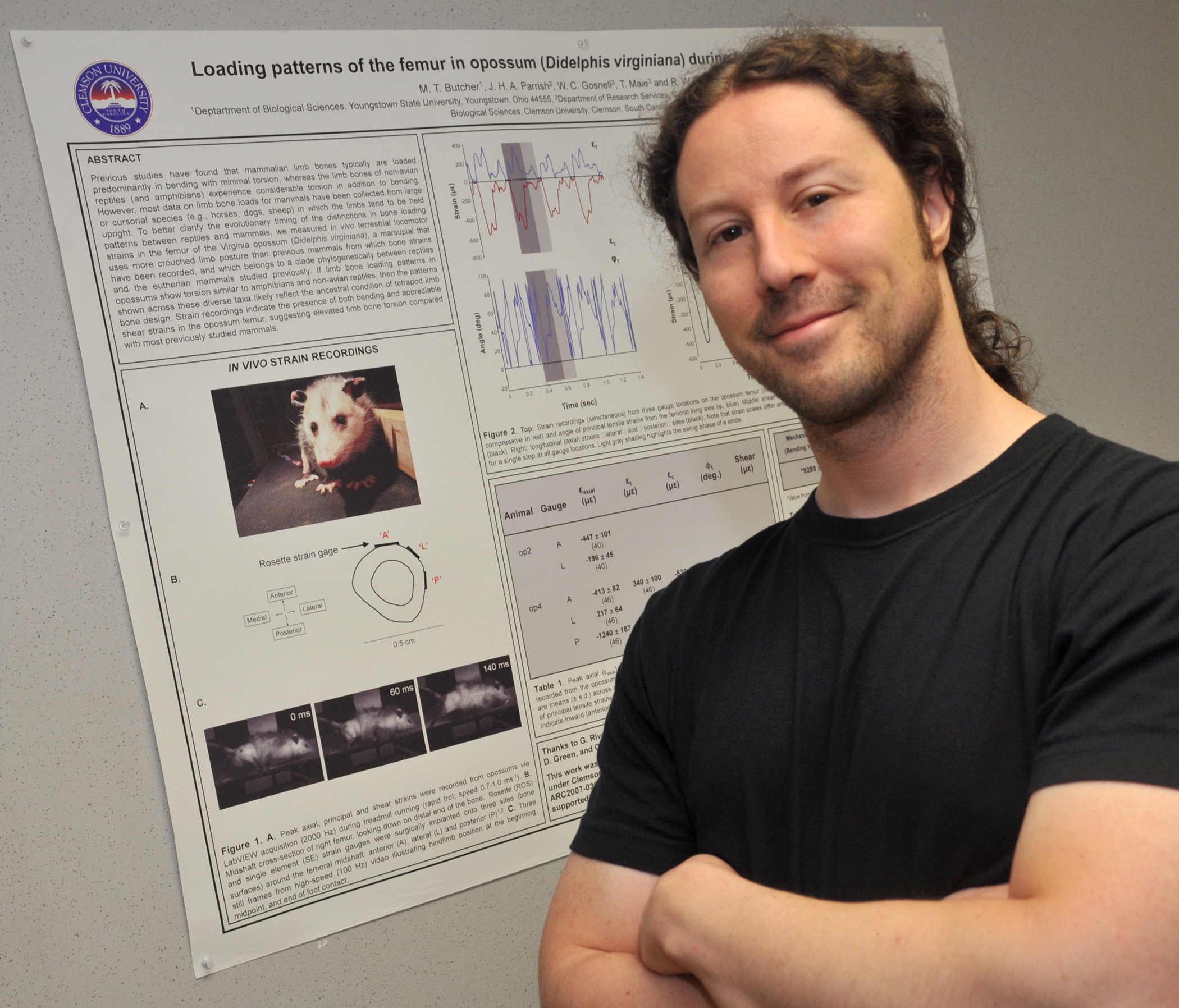 Youngstown State University collects all sorts of people as students, faculty, and professors. Each of these people has something specific and unique to offer the community and the university. Dr. Michael Butcher, assistant professor of anatomy and physiology, has been an essential part of the research initiative in the Department of Biological Sciences for the last five years.

Michael feels at home in the Biological Sciences department; the position is what brought him to the Youngstown area.

“The Department of Biological Sciences was a good fit for me and they were very supportive of my research program,” Michael says.

Dr. Butcher studied muscle and bone biomechanical functions while earning his degrees. He earned his bachelors degree in exercise science and biology from Christopher Newport University and his masters in functional morphology and biomechanics from Wake Forest University. At the University of Calgary, Dr. Butcher earned his Ph.D. in biomechanics and muscle physiology.

Michael had also held a post-doctoral fellowship at Clemson University studying the evolution of bone loading in the limb systems of turtles and early mammals with Dr. Richard Blob.

Dr. Butcher is not all about his research though. While he may be often found in is lab, Michael also enjoys the Rec Center and mentoring his graduate students. He enjoys interacting with his undergraduate students too.

“[Y]ou do not realize how influential you are to their lives and the way they think and learn,” Michael says.

Michael is the faculty adviser for the YSU chapter of the American Medical Student Association, the current president of the YSU chapter of Sigma Xi, and the Biological Sciences department’s resident ‘fitness guy’ and foodie. Following the television show “Diners, Drive-Ins and Dives,” Dr. Butcher travels all around the country to try eclectic foods.

Over this past summer, Michael extended his travels past the United States borders and went to Costa Rica as part of a research expedition studying the prehensile tails of opossums. Dr. Butcher is no stranger to international travelling, and if he were not a professor, he would like to be a global travel guide. For now, Michael settles for being the Biological Sciences department tour guide on Crash Days.

Dr. Butcher’s most current research papers were published this January:

For more information, check out his laboratory website here!